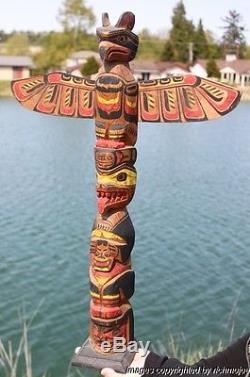 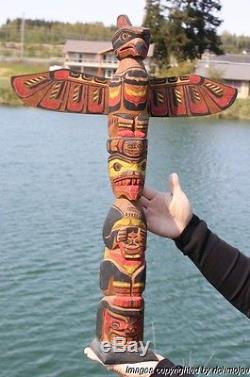 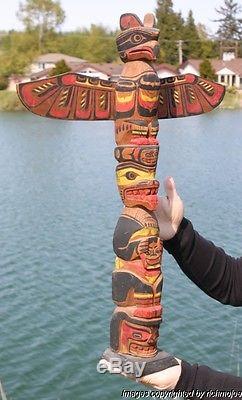 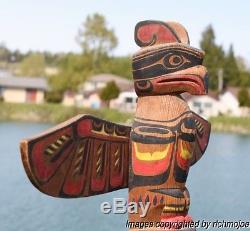 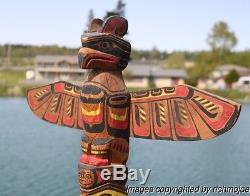 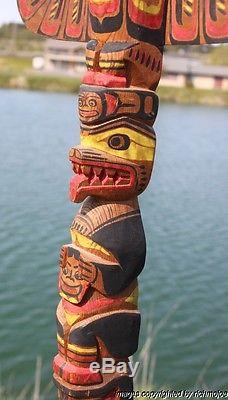 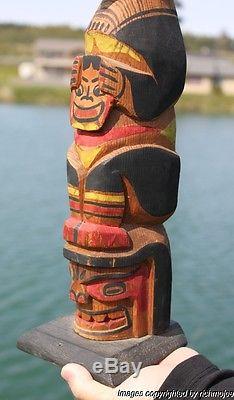 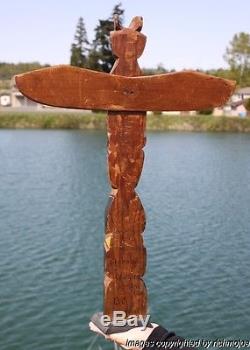 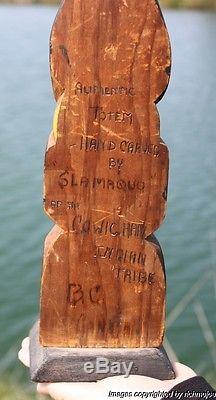 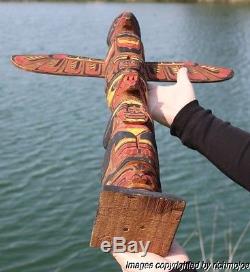 A fine rare early Northwest Coast Nootka Kwakiutl Cowichan Indian hand carved and painted red cedar model totem dating from the very early 1900's. The totem depicts great well carved and painted imagery featuring a winged Thunderbird, standing on a seal, bear with human head and Komokwa or chief of the sea at the base. Inscribed to the back is the inscription "Hand Carved by Slamaquo of the Cowichan Indian Tribe BC Canada".

Get FREE counters from Vendio today! The item "FINE RARE OLD NORTHWEST COAST KWAKIUTL COWICHAN INDIAN CEDAR TOTEM C1920" is in sale since Friday, December 11, 2015. This item is in the category "Collectibles\Cultures & Ethnicities\Canada\ Aboriginal". The seller is "richmojoe" and is located in Northwest Coast.