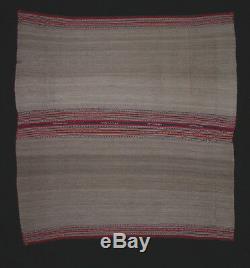 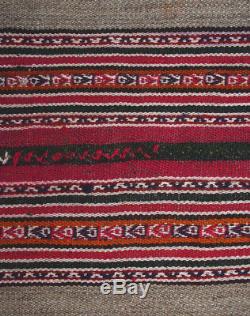 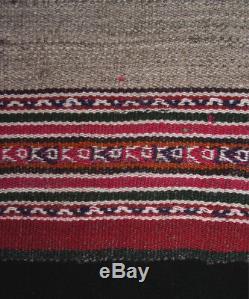 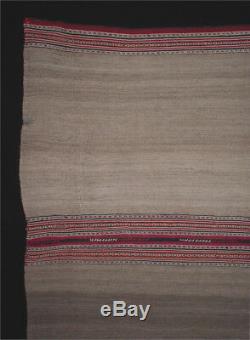 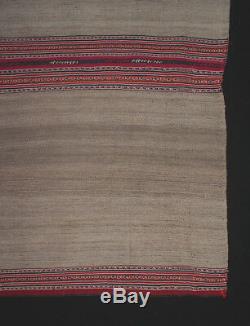 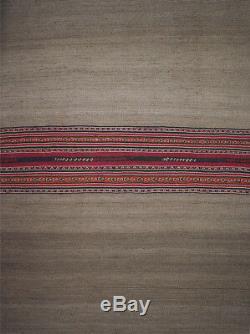 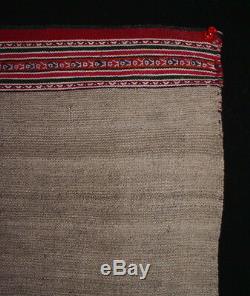 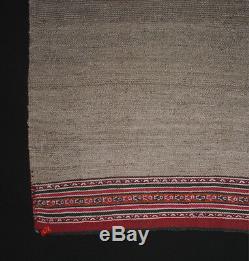 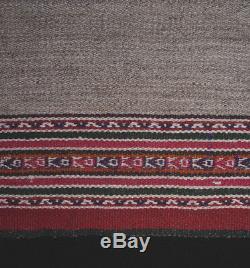 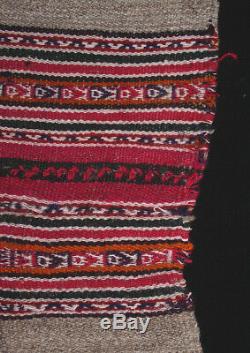 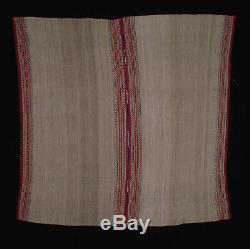 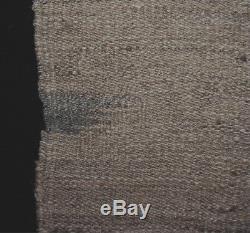 The Yura Indians are among the most traditional of Andes Native Americans and occupy what until recently was an isolated part of the Potosí highlands incorporating fertile valleys with crystal clear streams, thorny-scrub hills, sandy plains, low-canopy forests and steep canyons studded with columnar cactus. The diversity of ecological zones permitted equally varied forms of environmental adaptations.

Some Yura communities specialize in growing maize -- others potatoes and others wheat. Certain Yura Indians are herdsmen of llamas -- others of goats, sheep, or cattle. People living in villages separated only by a narrow stream may speak different dialects, practice different ceremonial traditions and wear distinctive clothing.

Until a few generations ago, many Yura men still donned traditional khawa (unku), or sleeveless tunics of prehistoric style. The wearing of Khawa during the 20th century occurred in very few Andean regions. Quechua is the predominant language today although historically, forms of Aymara and Uruqilla prevailed. This is an extremely impressive antique ceremonial phista llijjlla (pronounced LYEEHH-lyah in English). This incredible, warp-faced textile consists of two identical pieces joined together with a common center seam. All of the original eight sides have selvage. Simple loose sticks comprised the primitive, prehistoric style provincial loom.

All of the yarns resemble antique, natural dyes including dark purple, ocher, teal green and red; the red yarns are identical to certain dark cochineal shades. TM12795 with a flat, tight and very thin weave represents a masterfully woven antique tribal textile. It has a fine field density of about 56 warps and an incredible 23 wefts per inch. That´s over 1200 warp/weft junctions per square inch, which is quite impressive; each interlocking intersection required tightening with a bone awl.

When displayed at ceremonial functions, the phista llijjlla was folded several times along the weft, then folded once along the warp; it was then placed in another more common llijjlla that was worn as a back bundle. The folded phista llijjlla hung over the back edge of the bundle with two or three others, displaying the quality of the textiles.

This afforded the weaver/wearer the prestigious admiration and respect of her peers and her community. The textile was a showpiece in use nearly a hundred years ago and is a showpiece today. Among traditional Andean Indians, such as the Yura, the art of weaving represented the most virtuous of a woman´s endeavors. This is a wonderful example of that art.

We collected this piece from the descendants of a deceased grandmother. Please refer to the ANDES AMAZON "DATING" TERMS. Materials: All of the yarns are 2-ply: Z-spun, S-plied. The variegated gray field consists of fine, young (alpaca-like) llama wool. The dyed colors are all fine, well-prepared sheep wool.

There are no worn spots, holes, or dye-run. There is a tiny spot with a very light use-stain on one edge (see the last photo, showing an area of cloth about 3-inches square).

Otherwise, the condition is immaculate. The mordants used to set the dyes were superb and perfectly utilized. The original center seam is intact.

Please refer to the photos and the ANDES AMAZON TEXTILE "CONDITION" TERMS. The disadvantage is that items will not arrive quickly. Items to the United States of America have arrived in as few as ten days. Our offices are not in close proximity to international postal service.

We promise to continue providing detailed and accurate information related to age, origin, condition and descriptions as we have for the past 20 years. PREHISTORIC, PRE-COLUMBIAN, ANCIENT = Before around A. 19th CENTURY = 1800 to 1899.

CONTEMPORARY = Made in the last 5 years. CIRCA = Approximately/around/within a few years of. ANDES AMAZON TEXTILE CONDITION TERMS. Terms used to describe the physical condition of textiles can be subjective and vary greatly from one observer to another.

The colors may have muted ever so slightly due to age or exposure, often improving the beauty of a textile. VERY GOOD = Usually lightly or only periodically used.

There may be minor, light or isolated, dye run. Damage will not distract significantly from the textile when displayed. FAIR = Either well-used or moderately abused.

Extensive wear is common as is some bleeding or dye run. In most 20th century cases, the colors have considerably faded. Sections of fringe or tassels may be missing. Textiles may be in otherwise excellent condition but with a single isolated sector of damage, that greatly reduces its aesthetic appeal.

Most vintage tribal textiles on the world market are in FAIR TO GOOD condition. POOR = Showing evidence of extreme usage and damage.

These textiles do not display well and are primarily useful as study specimens or examples of sometimes very rare textiles. We believe the world can be a better place. We believe that humanity has a higher, aspiring destination. We know that through mutual respect conflicts will subside. We know that by understanding our differences we can help one another.

We believe that our Mother Earth and our Universe can provide unlimited resources for every man, woman and child to live in peace, happiness and love. As stewards of the human race, we have an intrinsic responsibility to do what we can to improve our world as much as possible. The majority of human existence has been dominated by so-called Native groups, also known as tribal folk, original residents, indigenous people, aboriginals, First Nations, traditional ethnicities, autochthonous societies, autochthonal cultures, et al. At some point, of course, our ancestors were the same regardless of current culture, creed or color. Regrettably, in the past half a millennium, thousands of unique tribal groups have disappeared due to misunderstanding, impudence and ethnocentrism.

The direct and circuitously destruction of myriad native cultures, each a once-valuable resource to our planet, is due to uncontrolled aspects of colonialism, capitalism, racism and politicization. Of the nearly 7000 languages currently spoken on our planet, over 6000 are in immediate danger of becoming extinct. The vast majority of those are ethnic indigenous.

We believe in cherishing and carefully supporting the very few Native groups that remain on earth. Unfortunately, we are on the brink of losing our connection with indigenous spirit, wisdom and traditional knowledge. For more than a quarter century those of us behind AKATAKSA/ANDESAMAZON have dedicated our professional interests to documenting traditional South American indigenous cultures, especially through their material culture. Our field studies have led us to some of the remotest living people on the continent. We have witnessed Native Americans existing exactly as their ancestors did in prehistoric times and others who have jumped from 18th century existence to 21st century reality in the blink of an eye.

Our ethnographic investigations have resulted in valuable data related to linguistics, cultural history, ethno-environmental relationships, socio-cultural organization, cosmology, mythology, spirituality and of course, material culture. We have a detailed proposal for a magnificent cultural center aimed at stimulating interest in past and present indigenous cultures. Our unique idea is not just to show beautiful objects on display. Ours is to share the entire background of a piece, not only from a scientific or scholarly point of view but also from a cultural and spiritual perspective as well. This holistic approach to understanding indigenous material culture shall include accompanying photographs, films, recorded testimonials, music, related specimens and even field notes.

We want to inspire our visitors to continue their own investigations into realms of mysterious phenomena that we really know very little about. Apart from receiving monies for researching indigenous material culture, our sales contribute toward expanding interest in past cultures and ways of life.

Not only can beautiful and interesting objects enhance ones´ personal environment, but they can also provide invaluable knowledge regarding different ideologies, unique ways of life and past or nearly extinct traditions. We hope that you share with companions, friends and especially children whatever understanding, knowledge and insights you obtain from our objects. In this small way, we feel inspired in preserving something of native cultures and making the world a better place. Thank you for working with us.

THANK YOU FOR YOUR INTEREST AND SUPPORT. The item "EXCEPTIONAL ANTIQUE QUECHUA INDIAN MANTA Masterful Ceremonial Textile TM12795" is in sale since Friday, October 19, 2018.