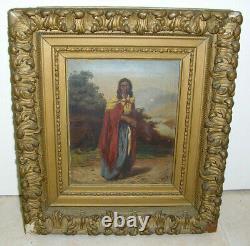 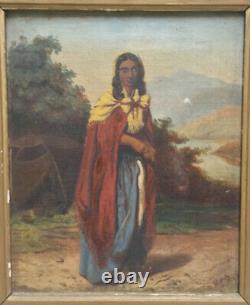 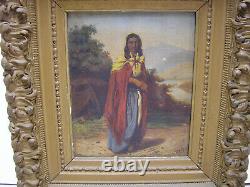 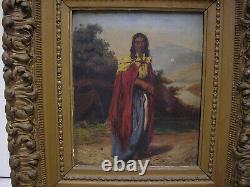 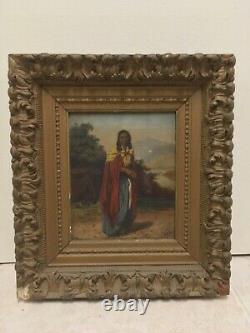 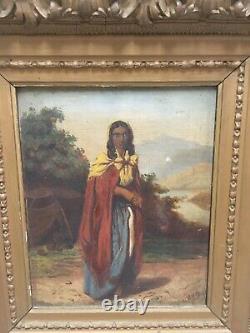 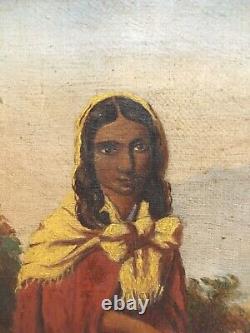 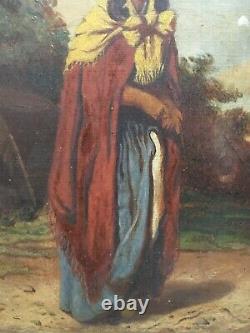 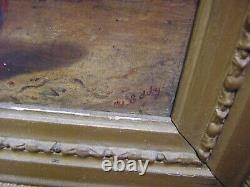 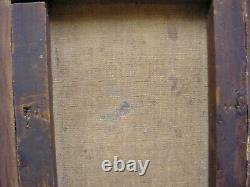 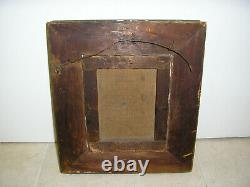 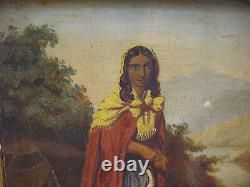 Antique oil painting on canvas of a Native American woman, signed in the lower right hand corner what appears to be M. From the appearance of the wood of the stretcher and the canvas from the reverse side the painting's age appears to be 19th century and perhaps even as early as the 1830s. It is unknown which tribe she is from but it appears she is not from a Plains tribe, which became the focus of most American painters who painted indigenous North American peoples around the mid-19th century point. It is my feeling this painting is a portrait, painted from someone from life due to the particularity of the depiction of the clothing, but this is only speculation on my part and also unknown. Painting is in overall very good condition, showing dusting from age and could benefit from a professional cleaning. Painting has gold lines at the margins of the canvas near the frame; this appears to have been caused when someone, probably in the 20th century, painted the frame. Upon casual viewing this is difficult to notice. Painting has a white-ish soiling mark just to the right hand side of the woman in the silhouette of the mountain.

Signed" is in sale since Friday, August 14, 2020. This item is in the category "Art\Paintings". The seller is "catalineas" and is located in Northport, New York. This item can be shipped worldwide.