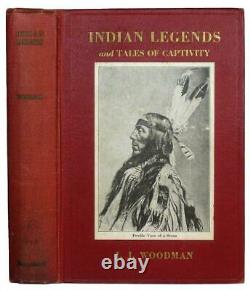 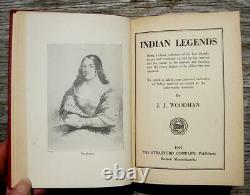 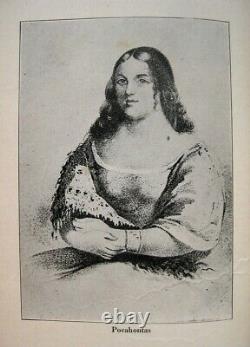 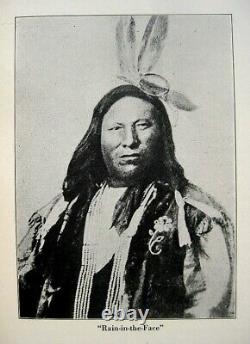 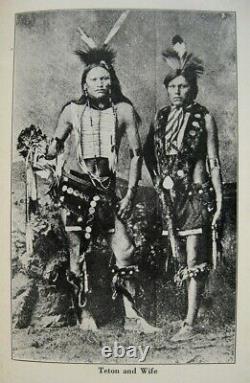 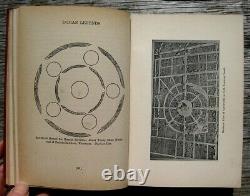 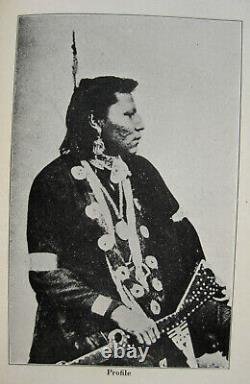 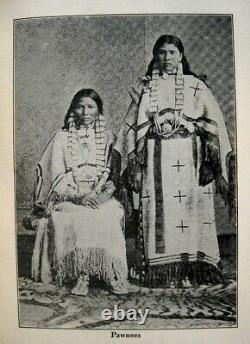 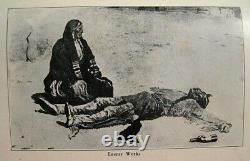 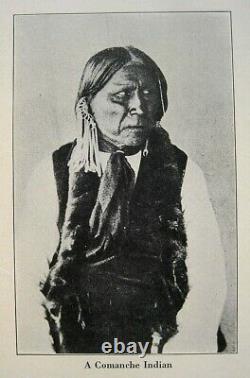 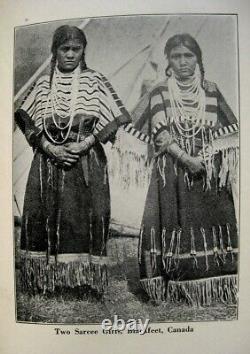 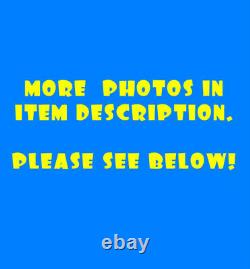 INDIAN LEGENDS Being A Choice Collection of the Best Legends, Stories and Traditions As Told by the Warrior and the Squaw to the Papoose and Showing How the Young Indian of the Olden Time Was Educated. To Which Is Added Some Personal Narratives of Indian Captivity as Related by the Unfortunate Survivors.

Exterior as shown in photo. Text is clean and complete. Great example of this antique Native American title.

This is a rare collection of American Indian legends and lore personally gathered by the author during his residency in the unsettled portions of the golden west and the great north, supplemented with material culled from long out-of-print books and documents. He writes in the Preface. The author has no pretense of being absolutely original in these pages.

These Legends have been gathered during a long and eventful life in the northern woods, the western plains, on the mountains, etc. As well as by searching the books old and out of print, in the closed cases in the basements of our libraries. In these pages you will find Native American myths about the creation, the deluge or great flood, and other aspects of the physical world. Fables and fairy tales from Indian childhood.

Sobering accounts of human sacrifice, executions of enemies, and acts of war. Massacres of Indians by white settlers.

Indian songs of war and death. And much more, including Sitting Bull's account of General Custer and the Battle of Little Big Horn. The narrative is illustrated with rare Indian portraits and photos of Native American artifacts. To give you a better idea of what youll find in INDIAN LEGENDS, I have provided some helpful details below. The book has no Table of Contents, so I created my own and feature it here for your interest and convenience. Further down the page you can see some of the rare Indian portraits and photos from the book. I hope youll take a moment to have a look.

Prelude, or Indian Fighting As It Is The Creation, A Wyandot Legend The Walum-Olum, or Bark Record Indian Picture Writing Indian Philosophy Human Sacrifices, As Related by Dee-Coo-Dah, The Mocking Bird Circleville, Ohio, USA The Ancient American Fish-Trap The Battle -- Little Big Horn The Legend of Custers Heart: The Battle of Little Big Horn As Told by Sitting Bull Legends of the Algonquins Ceremony of Adoption Powells Fight at Piney Island Canine Sacrifices Execution for Witchcraft by Indians Indian Courting Flies Made to Work Indian Decoys The Massacre of the Moravians Colonel Crawfords Execution Chief Wingenunds Speech to Colonel Crawford The Burning of Colonel Crawford, As Seen and Told by Dr. Knight, His Fellow Prisoner Legend of Roche DeBoeuf Scalping Declaration of War Indian Eloquence Legends of the Arctides, or Eskimos Logans Speech Barbarity of the Pawnees The Lynx and the Hare, a Fable from the Odjibwa-Algonquin The White Stone Canoe, The Finest Legend in All Indian Lore The Thirty Years War, A Wyandot Legend As Told by Ho-Tshung-Rah, March 1st, 1827 The Eight Great Nations: The Algonquins, The Iroquois, The Catawbas, The Cherokees, The Uchees, The Natchez, The Dacotahs, or Sioux Wasbashas, or The Tribe That Grew Out of a Shell, An Osage Legend Shingebiss, A Tale of the Ojibwa-Algonquins The Boy Who Caught the Sun The Worship of the Sun, An Ottawa Tradition Moowis, or The Man Made Up of Rags and Dirt The Northern Lights, An Ojibwa Tale An Icy Sweat Bath The Discovery of Maize, An Ottawa Tale Corn Planting and the Husking Bee The Massacre at Caxamalca Chant to a Firefly Nursery Songs Names of the Seasons Cardinal Directions The Hare and the Lynx The Kite and the Eagle The Raven and the Woodpecker The White Rose of Miami An Ojibwa Love Song The Loon Upon the Lake To a Bird Seen Under My Window The Dying Archer, or the Indian Shows His Sepulchre Niagara Falls: An Allegory The War Dance and War Songs, Ojibwa Chippewa War Song War Song, from the Algonquin of Schoolcraft Death Song of the Chippewas Algonquin Death Song The Indians Fate The XXIII Psalm in the Language of the Massachusetts Indians Wabojeegs Request Wabojeegs Lament Fragment of a Battle Song Verse of a Death Song Squaw Jim Indian Summer A Meta Indeed Deluge, The Ojibway The End, A Shawnee Legend Creation, Winnebago Legend Death, A General Legend The Grey Wolf, A Legend of the Bonack Tribe The Arapahoe Flood Machinito, the Evil Spirit The Little Spirit or Boy-Man, An Ojibway Fairy Tale Domestic and Social Life of the Indians Dinner The Birthday An Indian Funeral The Massacre at Fort William Autobiography of Peter Williamson Indian Mode of Killing Buffalo The Indian Hunter Speech of Black Hawk The Speech of Morning Star Which Prevented a Battle Indian Women Dwellings Corn Fish Housekeeping Babies Equality The Massacre at Fort Michilimackinac and Life Among the Indians Speech of Wawatam Menehwehnas Reply The Wireless Message Apache Hunting By Lieut. Capron Commencement Exercises Indian Finances Speech of Red Iron Fight With a Grizzly Bear How Many Indians? Indian Mounds Are All White Men Liars? Soup, Or Why the Indian Leaves Home Moving Day The Sand Creek Affair Standing Bears Story Standing Bears Story Eleven Red Heroes Martin Chargers Speech White Lodges Reply Martin Chargers Second Address Fire Worshippers What They Mean.