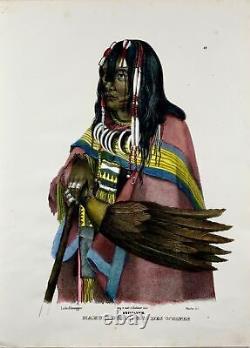 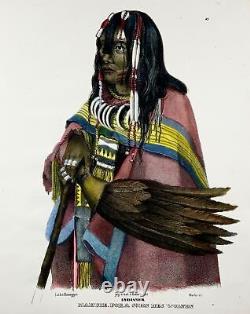 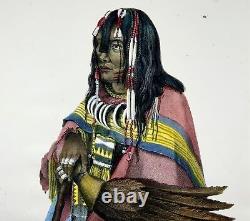 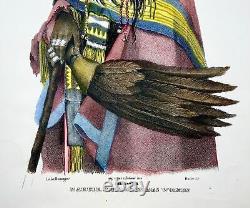 Zurich: Honeggerschen Lithographischen Anstalt, 1840 [dated 1834]. 31.5 x 23.2 cm. From as early as 1835 (before the official version of Bodmer's prints had been issued) until 1845, H. Schinz published a natural history, with a focus on humans of different races, which included as illustrations very fine lithographs taken from some of the Bodmer prints.

Of the first images after Bodmer that appeared in Schinz's volume, Peter Bolz wrote: these portraits were the first published copies of pictures of American Indians from Bodmer's travels in North America. They were issued about a year after his return to Europe and approximately four years before Prince Maximilian started publishing his extravagant travel journal in 1839. This is one of the reasons why the prints are of special significant: they founded the artist's reputation as the'Indian Bodmer. " From "Karl Bodmer, Heinrich Rudolf Schinz and the Changing Image of the American Indian in Europe.

This item is in the category "Antiques\Ethnographic\Native American". The seller is "danielgoodantiquarianbooks" and is located in this country: GB.